In the UK you can feel a bit of a shift happening. We’re heading towards autumn but every now + then the sun gets confused + pops out for the whole day. Kids are back in school. It feels like the beautiful chaos of summer is now coming to a close + people are settling into their autumn routines, gradually.

This has gotten me thinking about routine in general.

Until this year, I have always struggled with routine. When I was younger I used to seek so much of it that I would fill my day from 6am to 10pm every single day + then wonder why I was exhausted + low. But if I had no routine then I would feel chaotic + low.

Balance has been elusive for me until this year. Somehow, I suddenly cracked it. I have routines, but I also have room. I have the freedom to choose between routines + to also just say F it and not participate in routine for a few days.

This has resulted in a morning routine that I stick to pretty religiously apart from the odd weekend day + this really sets me up for a great day. It’s also resulted in a much healthier diet, losing half a stone since January + not feeling obsessive about food. It’s helped me to embrace an (almost) daily spiritual practice. I give more to charity. My paperwork is ordered and my house is mostly tidy. I’m organised without feeling suffocated by routine.

There are so many ways + reasons this has happened + I share my process in my online community in more detail but here’s one of the reasons.

I never miss a Monday.

It’s the turn it off and then back on again equivalent of re-starting your phone/PC when it freezes up.

This works really well for me because I can’t be good every single day. I need at least 1 or 2 days a week where I go a bit rogue with routine. There’s a rebellious teenager inside of me that just screams NO at the top of it’s lungs when there’s too much routine + I’ve learnt to allow that teenager out from time to time. Not to scream, but to change things up.

So me + my inner teenager, we know Mondays are days we don’t mess about. We never miss a Monday.

Then that normally leads to a good Tuesday. And Wednesday. And often Thursday. If I’m super lucky, then I might reach Friday. But if my teenager comes out – then so be it.

Give this idea a try. Choose 1 thing you want to do every day + just commit to never missing a Monday.

I’d love to hear how this goes for you. 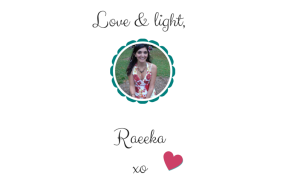 P.S. If you’re inspired by this + want to follow my full process for living your best life then join my blissful, bountiful + beautiful community today for just $60 per year.

P.P.S If you are local to Berkhamsted don’t forget to check out my 4 yoga, relaxation + meditation courses starting this September + my popular gong relaxation on 19th Sept. 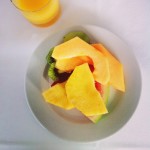 WHY I AM VEGETARIAN + HOW YOU CAN GENTLY START 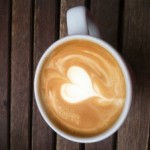 WHY TO CONSIDER GOING CAFFEINE-FREE 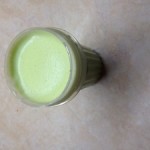 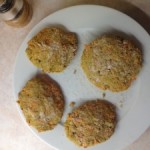